Johnny Halliday by the one who was selling 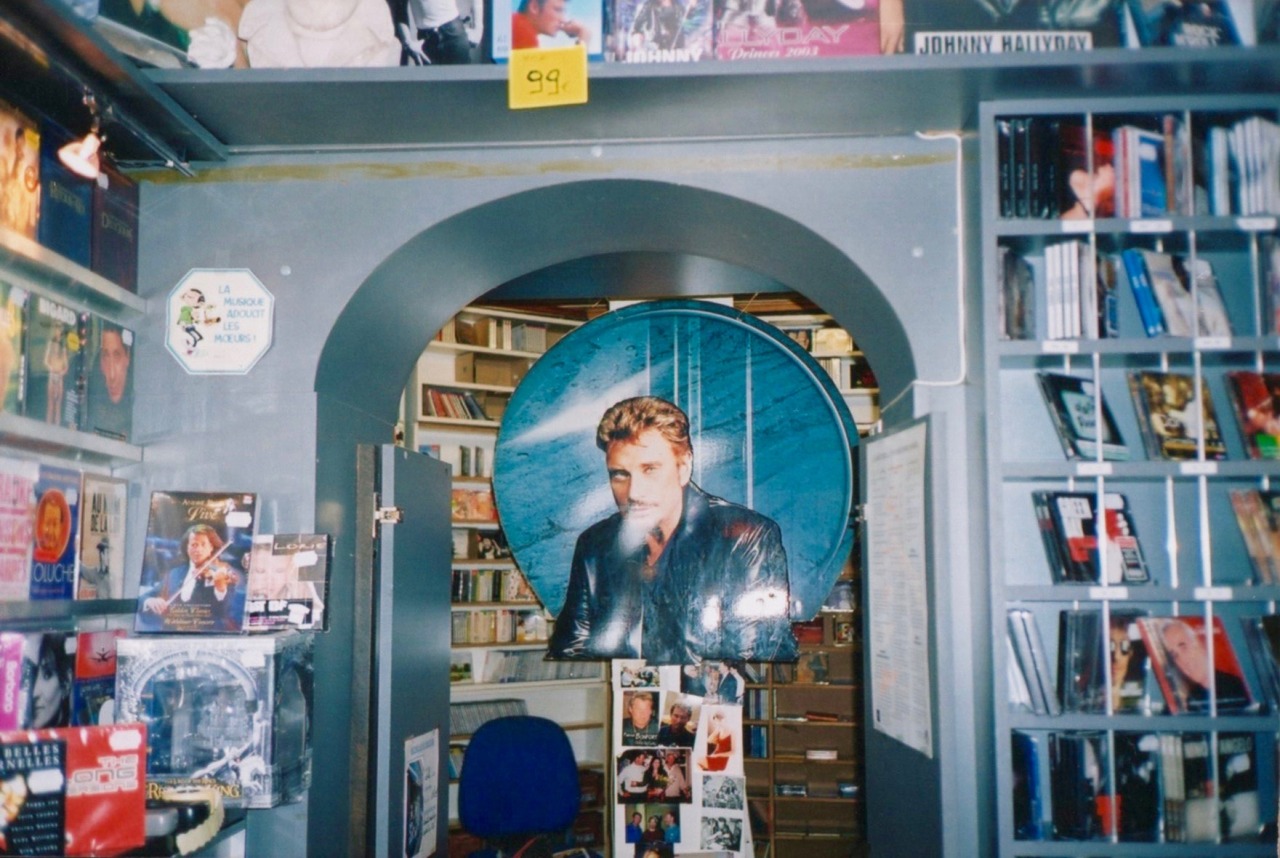 Johnny Hallyday. Double in the news 2017-2018. His death and his entry into the legend. The underbelly of an inheritance then. It is not the object of this article. You will actually discover the artist by the one who sold him. The one who adored him from the first hour until his last breath. And even afterwards, outside of his store that Walter Hauwaert, record dealer brusseleer, closed in May 2017, a few months before the death of his favorite singer.

Walter Hauwaert in braderie mode in front of his store Disco 2000 at 4 rue de Formanoir in Anderlecht. Prominently displayed, of course, a box set of Johnny.

The shock. Walter Hauwaert: “We knew it was going to happen, the information was circulating on the fan club networks. The doctors had decided to stop the heavy treatments. Laura Smet’s declaration did not leave any hope either. He had four cancers. The doctors probably put him out of his misery. (Walter is on the verge of tears) He would have liked so much to spend one last Christmas with his family and, above all, to finish his 51st and final album.”

“I grew up with him, he is my generation. I saw my life go by. And then, I said to myself: damn, if I still had my store! (Walter did indeed stop his career and his record store (his “bollewinkel as he calls it”) in May 2017 – read about it in other articles).

That’s where I should have been, with my customers, with his fans. When I heard the news on Vivacity, I turned on the TV. He died at 2am. And I cried like an idiot. As if I had lost someone close to me. He accompanied my life as a man, but also as a record dealer. An intense emotion came over me. As well as the phone calls, the e-mails…

And then all these interviews. In particular on Vivacité which contacted at first my friend and journalist Marc Danval (“la Troisième oreille”). He told them “contact the Wolle” (nickname given to Walter by his dad). A page of the history of the music is turned. Did you know that he was even known in Japan? The ‘French Singer’ they used to say over there.”

In addition to Walter’s tears, the Wolle is proud of his idol.

One of the artist’s look-alikes, Patrick Beaufort, visiting the Wolle.

Why did Johnny never make it in the United States?

Walter: “Several theories are circulating: it was said that it was because puritanical America did not accept divorced singers; it was also said that it was only a Frenchman who wanted to cover Elvis. That he was only a performer, not a composer. I say: BUT what a performer! I went to see him 46 times in all, including 6 times the same show.

“On television Patrick Bruel, Garou and Raphael join together on a cover of Brel. At the end of the song, Johnny arrives, from behind – Patrice and Vernon burst out laughing at the same time. The voice of the leader, the legs of the leader, his silhouette of prehistoric animal, his gait of burnt out chick. His stentorian voice rises, he is determined to make all his colleagues look like the assembly of anonymous whisperers. They laugh heartily, saluting the one that nothing has killed, neither high dose drugs nor ridicule nor success. The animal.”

“I went to see Johnny with some friends at the Palais des Sports in Schaerbeek in 1961! I was barely fifteen years old. In fact, it was the sister of a friend who wanted to go see him. At the time, people were making fun of this young star who dressed like James Dean and sang like Elvis Presley. The concert lasted for an hour. In the audience: girls screaming, but also black jackets in perfecto, watched by the police… ”

Walter told the press about the day he was able to shake hands with his idol, in the Friture René.

On another occasion, Walter was able to sit for a few moments next to the singer’s table in a restaurant near the Vivier d’Oie in Brussels. Unfortunately, the waiter had to ask the record dealer to move to another room. Indeed, Paul Belmondo, (whose wife is the godmother of Jade Hallyday), arrived in the restaurant and wanted to sit at the table next to Johnny.

This one was of course then recognized and given a standing ovation… while he was heading to the toilet. “Johnny, Johnny, Johnny!” the crowd shouted. “Johnny, he wants to go pee,” replied the artist with humor.