Small as it is, past 25 years, Belgium has been able to boast a musical talent that unites passion and technique in music with a definite soul: Hooverphonic. Review of their first trip-hop album.

Although we must admit that this is not the best known of Hooverphonic’s discography, and it is true that the beautiful Geike Arnaert (amongs others) is not yet here to enhance the voice/sound of the group.

However, it is this album, released in 1996, that I chose to review and give each track a score out of 10. 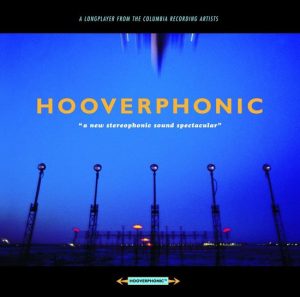 Synthesizers, a big dub bass sound and strummed guitars clean up the mess and leave little room for singer Liesje Sadonius. For me without a doubt the best song of the album, “full of surprises”… 10/10

Their first hit, to be heard in the film Stealing Beauty.

A previously heard sound, given the creation of piano giant Burt Bacharach (rediscover this important composer) and sung by Isaac Hayes in Walk On By in 1969. There are worse references.

Still in the spirit of the album, but more experimental. 6/10

I love this song, the most animated of the album, almost dancing, with an intro identical to the outro…. Liesje tries French. 7/10

Hooverphonic knows how to take care of the intros, or almost (see below). Here’s a summary of the album: crackling, echoing, ethereal voices (courtesy of Liz Fraser of Cocteau Twins), the bass-drums duo soon envied by a piano and its mate the violin. A real success to be included in the finest trip-hop compilations. 8/10

Spanish voices make their way through an agonising maze of sound. 7/10

5/10 because of the beginning.

A dub guitar intro, Liesje’s voice, a slow progression to a saturation of strings… Strange. Was used as music to illustrate my wedding video, so 7/10.

Samples (probably from the sixties) set the song on fire (thanks to the funky drums). Just as upbeat as ‘Deeper’, if you can call it upbeat in this genre.  7/10